Last week, Sotheby’s auctioned off many of the possessions of the family collection of the late Countess Mountbatten of Burma. She and her family acquired a plethora of unique treasures over centuries, many of which went under the hammer. Because of their often-royal (or royal adjacent) provenance, most fetched significant amounts over estimate.

This piece, known as the Banks diamond, is described as, “late 18th century and later; the centre set with a cushion-shaped yellow diamond in a closed setting, within a brooch of scrolled design set with cushion-shaped diamonds and suspending three pear-shaped diamond pendants, the reverse of the central diamond with a glazed locket containing woven hair, with the initials JSB.” 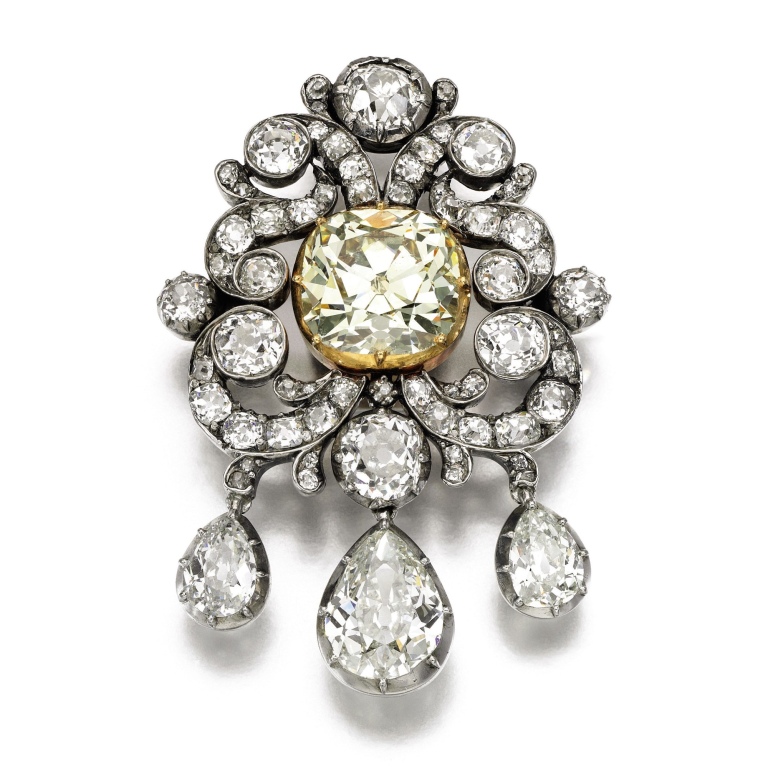