Hello! Magazine reports, “Edoardo Mopelli Mozzi worked with Shaun Leane to design Princess Beatrice’s dream engagement ring, in a process the jewellery designer told HELLO! took four months. Beatrice’s fiancé had firm ideas on the type of ring he wanted, Shaun revealed. “He came to me and he knew he wanted a round diamond. He knew he wanted a modern classic; something that had a little bit of difference to it, that wasn’t just a classic that we see everywhere. That’s why he came to me,” he said. “So basically, what I wanted to do with him – because he had an aesthetic for art deco and Beatrice has an aesthetic for Victorian – we fused the two and mixed an art deco element with a Victorian element to the ring so that there was a fusion of their favourite aspects.”

The rings is estimated to hold about 2.5 carats of diamonds and to be valued at £100,000. No wedding date has been announced. 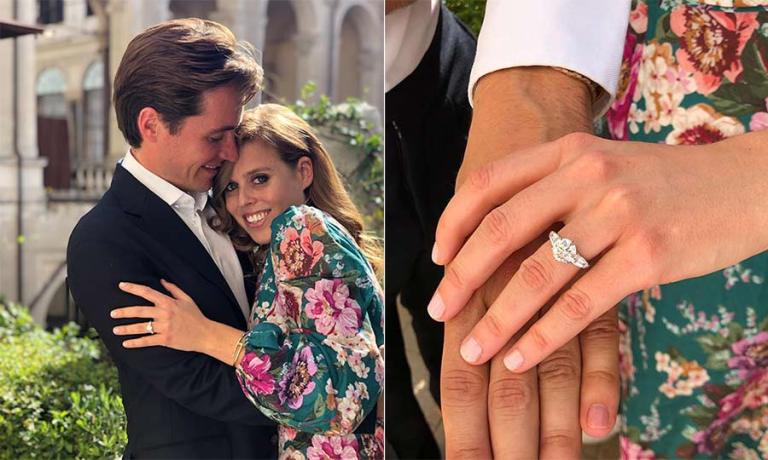